The little story of a great social project

The story of community social pediatrics is closely tied to that of its founder, pediatrician Gilles Julien. It is a story about a love for children that continues to grow every day and the creation of a unique social medicine model of care that, thanks to the perseverance and cooperation of numerous players, has become the benchmark in Quebec and around the world.

Influenced by Inuit peoples and a number of different cultures in the 1980s, Dr. Julien’s pediatric practice evolves to engage and listen more to the community around the children in his care.

A new model of cooperation

In Hochelaga, Maisonneuve, Côte-des-Neiges and the Outaouais region, Dr. Julien lays the groundwork for social pediatrics by forging close collaborative ties between vulnerable families, institutions and the community.

Thanks to the generosity of businessman Gilbert Sansoucy, the clinic moves to Aylwin Street, under the name Assistance d’enfants en difficulté (AED). For over a decade, 50% of the AED’s budget will be funded by the Lucie and André Chagnon Foundation.

With the help of the Lucie and André Chagnon Foundation, the CLSC, four schools and the community centre, Dr. Julien opens the Centre de services préventifs à l’enfance (CSPE), modelling its practice on the needs of the multi-ethnic neighbourhood of Côte-des-Neiges.

As a member of the European Society for Social Pediatrics and Child Health (ESSOP), Dr. Julien organizes the society’s international meeting in Montreal, with the assistance of the Médecins francophones du Canada, in time for the launch of his book A Different Kind of Care: The Social Pediatrics Approach.

Creation of the Foundation

With an eye to the future and wanting to acquire the necessary means to ensure the sustainability of the practice and its funding, Dr. Julien and Hélène (Sioui) Trudel draft the objectives of the Foundation, known at that time as the Fondation pour la promotion de la pédiatrie sociale.

The same year, partnering with Université de Montréal and McGill University, Dr. Julien’s two centres are recognized as university training centres for compulsory internships in pediatrics and elective internships in family medicine. Thanks to the support of the Chagnon Foundation, a training network is set up.

The rights of the child

Lawyer, accredited mediator and social entrepreneur Hélène (Sioui) Trudel refines the community social pediatrics model by incorporating the practice of law based on the Convention on the Rights of the Child as both a fundamental principle and an intervention tool.

The Foundation hires its first community resource person to meet the demand of social entrepreneurs wanting to start up centres themselves.

The birth of a network

Thanks to the financial support of the Lucie and André Chagnon Foundation, other communities receive the necessary guidance to open their own centres in Montreal’s Centre-Sud district, as well as Haut-Richelieu, Gatineau, Trois-Rivières and Lévis.

To be in a better position to achieve its objectives, plan for the future and deploy a network, the Fondation pour la promotion de la pédiatrie sociale restructures and changes its name to the Fondation du Dr Julien.

The Government of Quebec grants the Foundation funding of $3 million over three years. With the opening of a centre in Ville Saint-Laurent and one in Saint-Jean-sur-Richelieu, there are now 11 community social pediatrics centres in Quebec.

Hélène (Sioui) Trudel sets up the knowledge transfer facility with Céline Monette of Médecins francophones du Canada, consolidating continuing education and support for the centres. The Foundation brings together stakeholders from all spheres of social pediatrics in Quebec with a first symposium in December 2011.

Dr. Julien is very familiar with the communities in the far north of Quebec, having practised there for nearly a decade. He supports pediatrician Johanne Morel in her endeavour to open a centre serving the communities of Kuujjuaraapik and Whapmagoostui.

Thanks to Dr. Julien, the Marcelle and Jean Coutu Foundation, the montreal children’s hospital foundation, to Ghislaine and J. Sebastian van Berkom and BMO Financial Group, two research chairs are created: one at McGill University and one at Université de Montréal. For the first time in Canada, it will be possible to see the long-term impacts of this practice.

Certification and funding for centres

In its 2015 economic plan, the Government of Quebec commits to supporting the Foundation for five years in the deployment of a province-wide network of certified community social pediatrics centres. This is an important milestone towards ensuring greater access to the practice and its longevity.

In 2017, the first community social pediatrics centre in Ontario is opened in Ottawa’s Vanier neighbourhood. In Quebec, the network now has 28 centres.

Pediatrician Élaine Deschênes and her team seek the support of Dr. Julien and Hélène (Sioui) Trudel, certain that the social pediatrics model has the potential to meet the needs of vulnerable children in New Brunswick. A centre is eventually opened in the Acadian village of Memramcook.

Negotiations and perseverance finally pay off. Driven by the Fondation Dr Julien and the Conseil des Atikamekw de Manawan, the governments of Canada and Quebec strike a historic compromise to support the Centre Mihawoso, with funding via Jordan’s Principle and the provincial government.

More than ever, the Foundation believes that we must work together to ensure that our children have access to community social pediatrics. The new identity is inspired by the model of care and symbolizes the great protective circle of our children as well as the 41 articles of the Convention on the Rights of the Child.

Government support for the network of certified centres and access to social pediatrics in vulnerable communities is renewed and included in the 2019-2023 strategic plan of Quebec’s Ministère de la Famille. Today, 45 centres are in operation.

We will continue working for our children. It is for the benefit of each child that we continue to improve our model and best practices and ensure the longevity of community social pediatrics. It is through innovation, solidarity and commitment from the entire community that we will make a real difference, one child at a time, one community at a time. 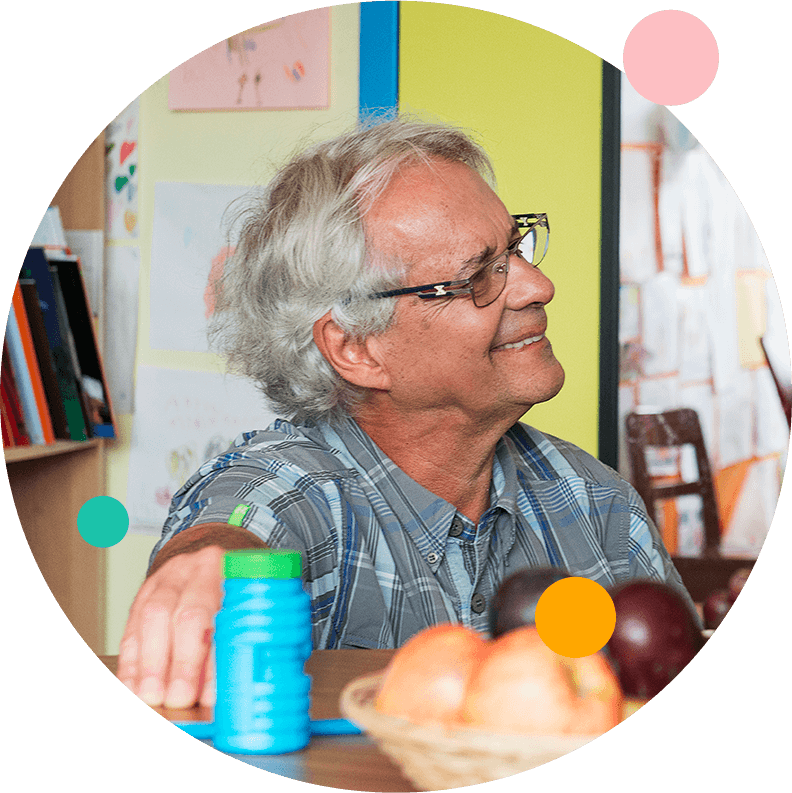